Controversies and misunderstandings go hand in hand. Actors get blamed for things they may have little to do with, says Anu Aggarwal, the model-actress-turned-monk, while commenting on the recentPadmavat controversy that had bogged down Bollywood for a while.

“In this case, Deepika [Padukone] was targeted and not the script writer who wrote the story,” she says.

“Freedom to express oneself and viewpoints openly, without a prejudice, comes from an open mind. But let’s not undermine the fact that an open mindset, allowing free thinking of the individual, is required for this to begin with,” she tells Qatar Tribune.

Talking about southern superstars Kamal Hassan and Rajnikaanth’s recent foray into politics, Anu says this has been a trend since Jayalalitha, but it remains to be seen how well Kamal and Rajni fare in the long term as ‘heroes-turned-politicians’.

“Down in South India, the fan behaviour is inclined to reverence what with the stars being worshipped and temples being named after them where people bathe them in milk each morning,” says Anu, who also has also acted in a south Indian film, Tiruda Tiruda, directed by ace director Mani Ratnam, with music by AR Rahman.

“Perhaps, Bollywood needs to have a little more desh bhakti (love for the nation),” she quips on being asked why more Bollywood actors are not taking a plunge into politics.

Coming back to Anu’s life story, it has been nothing short of dramatic. There have been more twists and turns in her real life than she saw in reel life. The girl-next-door who had an entire generation swooning on her following her dazzling debut in Aashiqui (1990), today lives the life of a philanthropist, sanyasini-yogi, holistic healer, Buddhist monk.

She is also a bestselling author, a TEDx speaker and a diver.

Which one of these is the real Anu, we ask.

“Each one, and all of these combined,” replies Anu.

As the interview proceeds, Anu is told about a fan of hers, a professor in his 50s.

“Please tell her I do not start my day without watching her Aashiqui song!” the professor had exclaimed upon learning this writer was going to interview her.

To which, Anu says, “My life has taken such an unprecedented turn that it’s easy to forget a large fan base still exists.

“However, let me admit, it’s always a welcome reminder of the lives I have influenced positively. It does come as a surprise that people’s admiration has stayed on despite my monkhood and spirituality. That in spite of my unexplained disappearance while still on top as an actor (for a spiritual exile), I have been pardoned.”

Anu is the survivor of a horrific car crash, one that changed her life forever and put the brakes on the roller-coaster ride that her life was until then. But it also kicked off, what she terms, ‘Life2’, which ultimately led her to establishing the Anu Aggarwal Foundation (AAF), which works for children living in the slums. She is involved in various other social works as well.

“I am living out my core values now. There is a sense of completion and fulfillment. This is unmatched what with so many people coming forward to support the foundation,” she stresses.

CONFESSIONAL MEMOIR
“My confessional memoir, Anusual: Memoir of a Girl Who Came Back from the Dead, describes all of this, about a girl who defies the social and moralistic codes, and then defies death. It’s about resurrection, metamorphosis, a new Anu.”

While she has been completely engrossed in social work for several years, she inadvertently hogged Bollywood headlines when Aashiqui 2 released on April 25, 2013, with the then newcomer Shraddha Kapoor essaying Anu’s role.

Anu’s take on the movie: “Let me clarify what Mahesh Bhatt (the director of the original Aashiqui) said whenAashiqui 2 was about to release. ‘Anu, Aashiqui 2 has nothing to do with your Aashiqui.’

“But I kept wondering why use the name then? However, it became clear once I saw the film. They are both love stories.”

How much has Bollywood changed since her hey days?

“Well, Aashiqui revolutionised Bollywood in 1990. It’s a bit ironic it was made by Mahesh Bhatt, who’s not geared to please the structured box-office sensibilities of a commercial movie.

SENSATIONAL BLOCKBUSTER
“The film got mixed reviews initially, but went on to become a sensational blockbuster, breaking all commercial records in Bollywood.

“It was a time when a typical lead actress, the heroine, used to be a rich father’s spoilt daughter, with hardly any brains to harness the dream of an independent life, which was exactly the role I essayed in Aashiqui.

“The movie’s soothing, romantic music, which was something new then, went on to kick-start a romantic genre that continues to be popular until this day.

“At the time I signed this movie, I was an international fashion model living in Paris. I brought in a kind of fashion that was new to the Bollywood movie industry then [in the late 80s early 90s].

“I even had Bhanu Athaiya (one of my fashion dress designers for an advertisement, who had won an Oscar for Richard Attenborough’s Gandhi) design my girl-next-door look in Aashiqui. It worked wonders.

“Change is the only reality and Bollywood, like all else, and thankfully so, is also evolving. There is a clear change in the plot, the story…the kinds of movies being made today.

THE CHANGING PARADIGM
“Technology has played an important role in this as well. For instance, when I played a psycho killer inKhalnaika (1993), a take on The Hand That Rocks The Cradle, eyebrows were raised and I was labelled a ‘bold’ actress.

“But the film was received well, more so in the international market. An award nomination also came my way in the third year of my short-lived Bollywood career. I was setting a trend then. It was truly an exception.

“Today, when Ranvir plays a negative character in Padmaavat, he is still considered a sexy hero and the audience is ready to accept that. So the audience has been through an evolutionary change as well,” she explains.

The topic then veers to Rahul Roy, Anu’s co-star in Aashiqui, who is often seen on TV channels now debating key issues of the day. Is she in touch with him?

“There is little similarity to how our lives proceeded after Aashqui. My life took the utmost extraordinary turn and I turned to spirituality and ended up becoming a yoga guru, a monk, etc, while Rahul stayed on in the glamorous world of films.

“I was pleasantly surprised to have Rahul appear at the launch of my book ‘Anusual…’, where along with Mahesh Bhatt and Deepak Tijori, he too showed up.”

Does she believe stars have a somewhat special social responsibility towards the society?

“I think anybody who enjoys the advantage of public appreciation, owes it to themselves to serve the causes of the collective consciousness. Stars certainly have a huge responsibility to their fans, to the public, to the man on the road. It is due to them a star becomes a star.

“Without the fans the concept of stardom does not exist. Stars have a huge social responsibility to the people who make them stars,” she replies.

“I was always aware of this, maybe the awareness had been created when I was a social worker making a programme for Afghan refugees with UNHCR for one. So I entered stardom with an agenda I had learned before I became a model.

“Owing to this I endorsed a condom when a star, to curb the population explosion in India, while also saving oneself from HIV/AIDS.

“There were negative reactions to this. But it was not my star status I was protecting. It was an inner urge to create awareness in my country and beyond that mattered.”

Finally, the topic of censorship: Are the various crafts of art more prone to censorship today compared to yesteryear?

“And you know why? Many more people have a point of view today. Social media has made a huge change. Also, the people of India are finding their voice and they are more vocal on issues than ever before.

“On the other hand, let’s not undermine the fact that stars get a way, an opportunity, to express themselves too. For instance, there were umpteen times in the 90’s when I was misquoted or misunderstood by the media, in interviews.

“But there was no Twitter handle where I could shout out that I was misrepresented. People got to read only what the media had to say and I, the star, had to settle with that, and the backlash that it created in the public, or the way it affected my boyfriend or family,” she points out.

“So there are always two sides to the coin and with social media both sides can be viewed.

“The censor board is known to shift with the changes in the social milieu. So the magnifying lens of the censor board keeps changing with time too,” she concludes.

1 thought on “Controversies and misunderstandings go hand in hand” 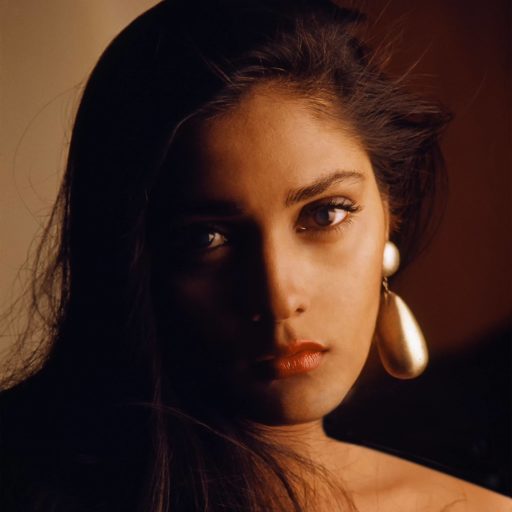 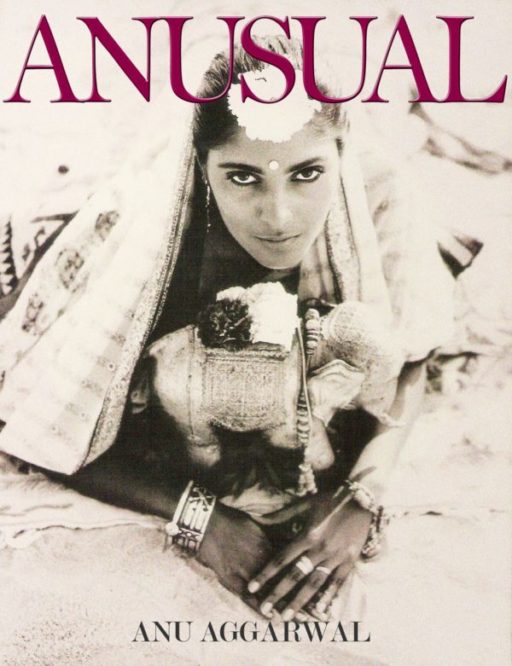 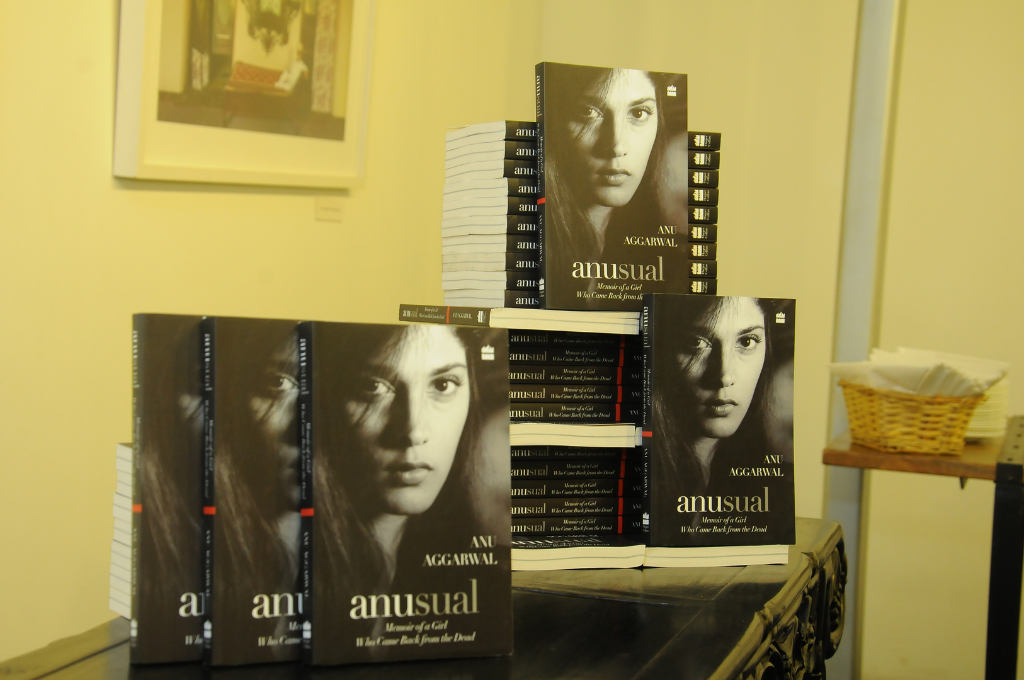 No images found!
Try some other hashtag or username